The worldwide exhibition dropped its suitcases in Paris back in April, but of course, being the lazy ass that I am, even when it comes to stuff that I want to do, I had to wait until there was almost no time left before finally going to see what they had to offer.

There was a lot to see and, at the same time, not enough, but it was enchanting nonetheless and, for those who think that the Warner Bros studios are just too far away, it proved to be a good alternative.

You’re greeted by a super nice staff of wizards in Hogwarts robes, which prompted me to say, repeatedly, “I want to work here !”, just so I would be able to wear my Hufflepuff tie. As soon as you enter through the great doors, you see the Sorting Hat waiting for you on its tool : they tend to be really quick with this part, probably because they don’t want dozens of people (mostly kids) to see through the effects, but it was really fun. I kept wondering beforehand how they did the whole Sorting thing, but that’s kind of obvious once you’re there (of course, they would totally Sort the really shy kid into Gryffindor ! It was to give her courage, see !). Then, you enter a room with extracts from all 8 movies playing (they made a joke saying that now we would be watching all of them, which I wouldn’t have been complaining about, but of course, that’s not everyone’s cup of tea), and then you’re free to do the visit at your own rhythm.

You go from room to room of beautiful Harry Potter replicas (at least, I’m guessing they were replicas, because that would mean that the Warner Bros studios were missing some really important items), from pieces of décor, objects from the series or even the clothes the actors were wearing throughout the movies. I spent the whole visit trying to measure myself up, and I think I’m as tall as Emma Watson was in Prisoner of Azkaban *sigh*. All the teachers and all the subjects are represented. You get little titbits of  information about each subject in what looks like thick leather-bound books worthy of the amazing Hogwarts library. Snape’s iconic robes were even there, looking just as majestic as I imagined. Umbridge is there too, and she’s even got a picture of Fudge on her desk, I had never noticed that before. You can participate to a couple of activities : pulling out mandrakes from their pots (the noise is excruciatingly annoying), and even playing a bit of Quidditch before going to visit Hagrid’s hut (where you can see just how big Hagrid is supposed to be, and even sit in his gigantic chair).

And then, that’s when things get dark. As you walk through the Forbidden Forest, meeting dragons, Aragog and other creepy creatures, you also get closer to the Death Eaters. The Little Hangleton graveyard is there, with its imposing statue, and Voldemort is waiting at the end with Nagini. I can say, though, that Bellatrix’s costume was just gorgeous, that sort of black lacy hood was beautiful. Once you’re plunged into almost pure darkness, posters on the walls remind you of what’s going on : the Death Eaters joining forces, the Azkaban break-outs, and Harry Potter is Undesirable Number 1. By the way, if you wanted to know what Dementors looked like under their hoods, it’s not pretty, let me tell you.

You eventually enter a half-room with the Umbridge’s decrees hung on one wall and the Hogwarts Houses banners hanging on the other. This is the perfect opportunity to show some House Pride and pose in front of the House you belong in. Hufflepuff for me. It leads to the last room of the visit, which is a sort of replica of the Hogwarts Great Hall, with the gargoyles on the walls holding the torches, and Dumbledore at the front of the room. You get to see some more pretty cool artefacts, such as some of the Weasley twins most famous products, Puking Pastilles included, and some of the wizarding world’s most famous candies (Bertie Bott’s Every Flavour Beans, and Fizzing Wheezbees which look exactly like Tagada Strawberries…).

The real bonus, for me at least, was to see everyone’s wands. The fact that they made each character’s wand, for the movies, unique is amazing, and you get to see all the little differences between the characters, because each wand has to match the personality of the owner. James’ wand is absolutely gorgeous, by the way. It’s not one of the most famous ones, but it’s definitely my favourite. Some of the props and costumes from Goblet of Fire are in this room, including the Yule Ball outfits. I loved how everyone was paired up with their Yule Ball date (Fleur and David, Cedric and Cho, Hermione and Viktor), and Harry and Ron were just standing there, side by side. Amazing !  And finally, we close on a famous view of the Great Hall ceiling, the floating candles !

The tour obviously ends with a special entrance into the gift shop. Let me just say, everything is super expensive ! If you want to buy something just to remember this visit, fine, but know that all the items in the shop are way cheaper online. The wands alone cost 43€ when you can get them half-price on Amazon, people kept complaining about the prices of the books. It was insane, and I really didn’t expect that, so it made me end the tour with a bit of a bitter taste in my mouth, but everything else was awesome, and it only made me want to go the studios even more. If the exhibit arrives near you, and you’re a Harry Potter fan, I would definitely recommend. We Potterheads can’t ever get enough, anyway. 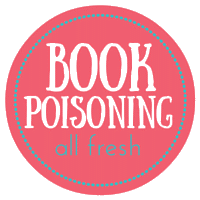